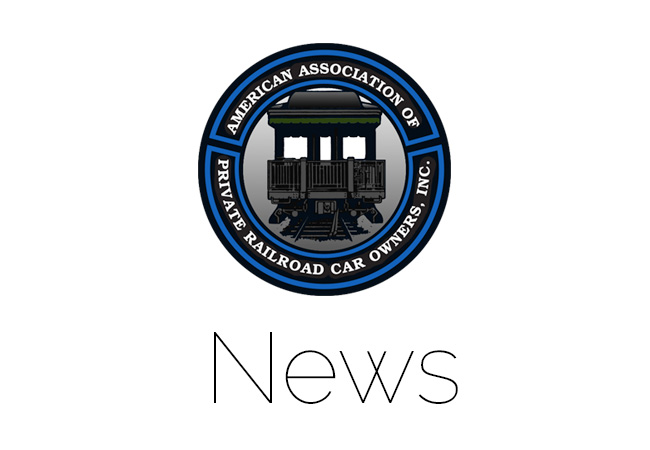 The American Association of Private Railroad Car Owners’ (AAPRCO) mission is to promote the safe
operation, ownership, and enjoyment of the private passenger railcar. Running vintage railroad cars,
restored by independent business people, on America’s 21,300 route mile passenger network
coupled to regularly scheduled Amtrak trains is an example of a successful public/private partnership.
AAPRCO’s cars generate fee for service revenue to Amtrak through per mile, storage and
maintenance charges while requiring no capital costs to the Amtrak system.

Due to our belief in the importance of a safe, efficient and modern national passenger rail network we
support federal investment in a national intercity passenger rail system for the following reasons:
• It strengthens our national economy, improves mobility and is vital to national security.
• In 2015, Federal investment of $1.4B in Amtrak generated a net $6.9B impact to the American
economy. Amtrak directly and indirectly supports over 100,000 jobs between its own
workforce, its suppliers and the travel and tourism it enables.
• Amtrak has improved their financial efficiency and cost recovery. In FY 2016, they recovered
94 percent of operating costs. In FY 2016, Amtrak earned approximately $3.2B in commercial
revenues and incurred just under $4.3 B in expenses.
• In the last decade the demand for passenger rail service has grown exponentially: Amtrak
carried 31.3 million passengers in 2016, 1.3% over 2015, and up 28.4% from Fiscal 2006. An
increasing number of Americans from 8-80 are choosing alternatives to automobile travel.
• The National Passenger Rail Network can operate when other modes cannot. This is perhaps
best demonstrated by the fact that in the early days of the 9/11 response, Amtrak was the only
viable transportation option along the Northeast Corridor.
• Amtrak serves more than 500 destinations in 46 states, the District of Columbia and three
Canadian provinces. Routes like, the California Zephyr, the Southwest Chief and the Empire
Builder are a lifeline to more than 40% of America’s rural population.
• Successful public private partnerships have been leveraged through federal grant programs,
such as recent upgrades on the Southwest Chief alignment between Newton, Kansas, La
Junta, Colorado, and Albuquerque, New Mexico. This segment, a key part of Amtrak’s fastest
Chicago-West Coast service, was threatened with downgrade due to deferred maintenance by
the host railroad.
• Considered restoration of service from New Orleans to Florida. This service, suspended just
before Hurricane Katrina and never restored, is important to mobility and tourism in the South.

For these reasons, we support increased funding for Amtrak and improvement to the
passenger rail infrastructure.

Note: The above statement is also available as a document in PDF format.